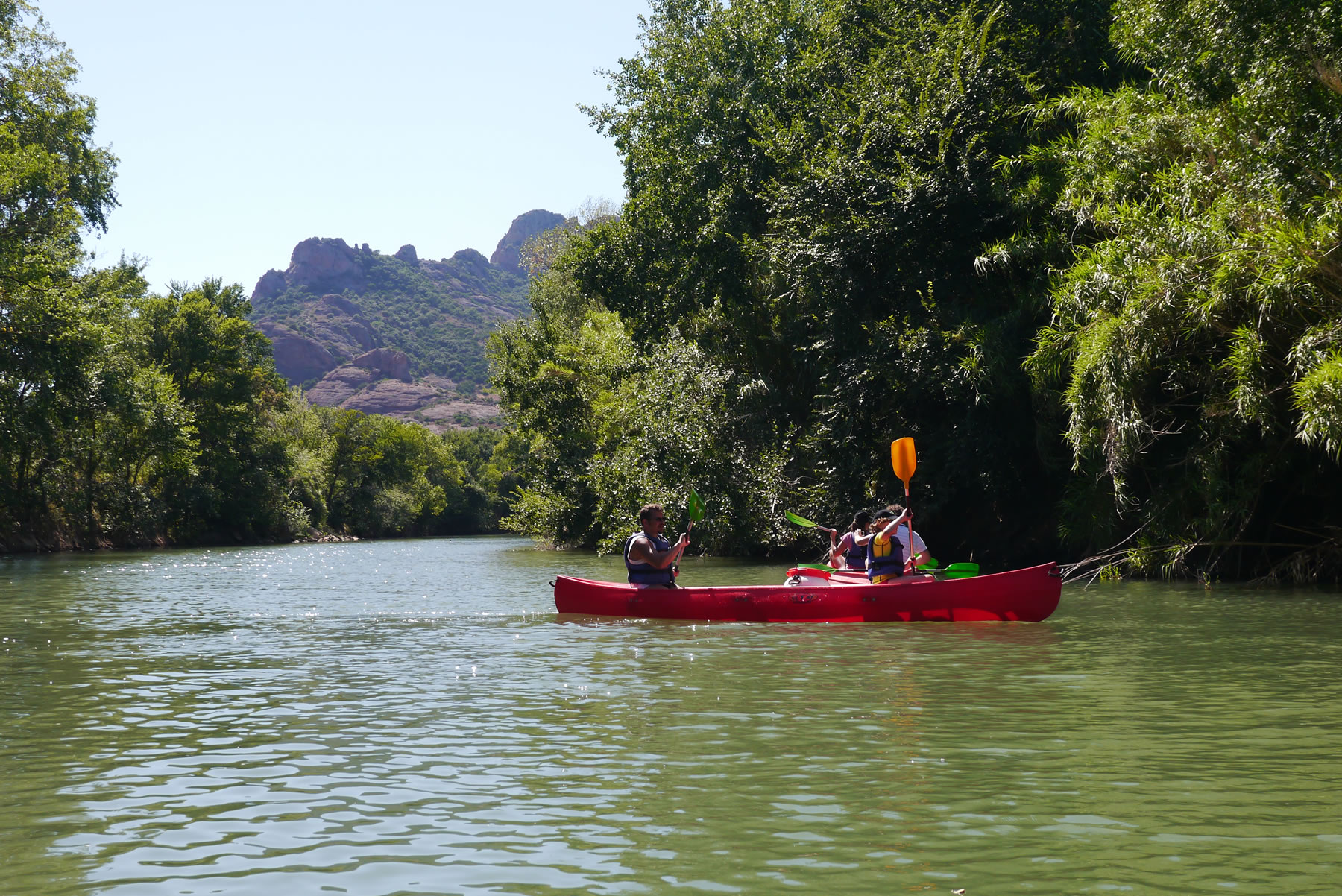 Classified one of the 7 Wonders of Provence by Figaro Magazine in 2015, the Argens is one of the most beautiful wild sites on the Côte d’Azur! Here you are in Provence, in the Var Department, close to the beaches and major tourism sites – and yet the countryside you’ll be in offers a spectacle of nature. The lush green vegetation, calm waters, hills and cliffs offer a haven of biodiversity where you might come across a Kingfisher, a European Bee-eater or even a turtle! 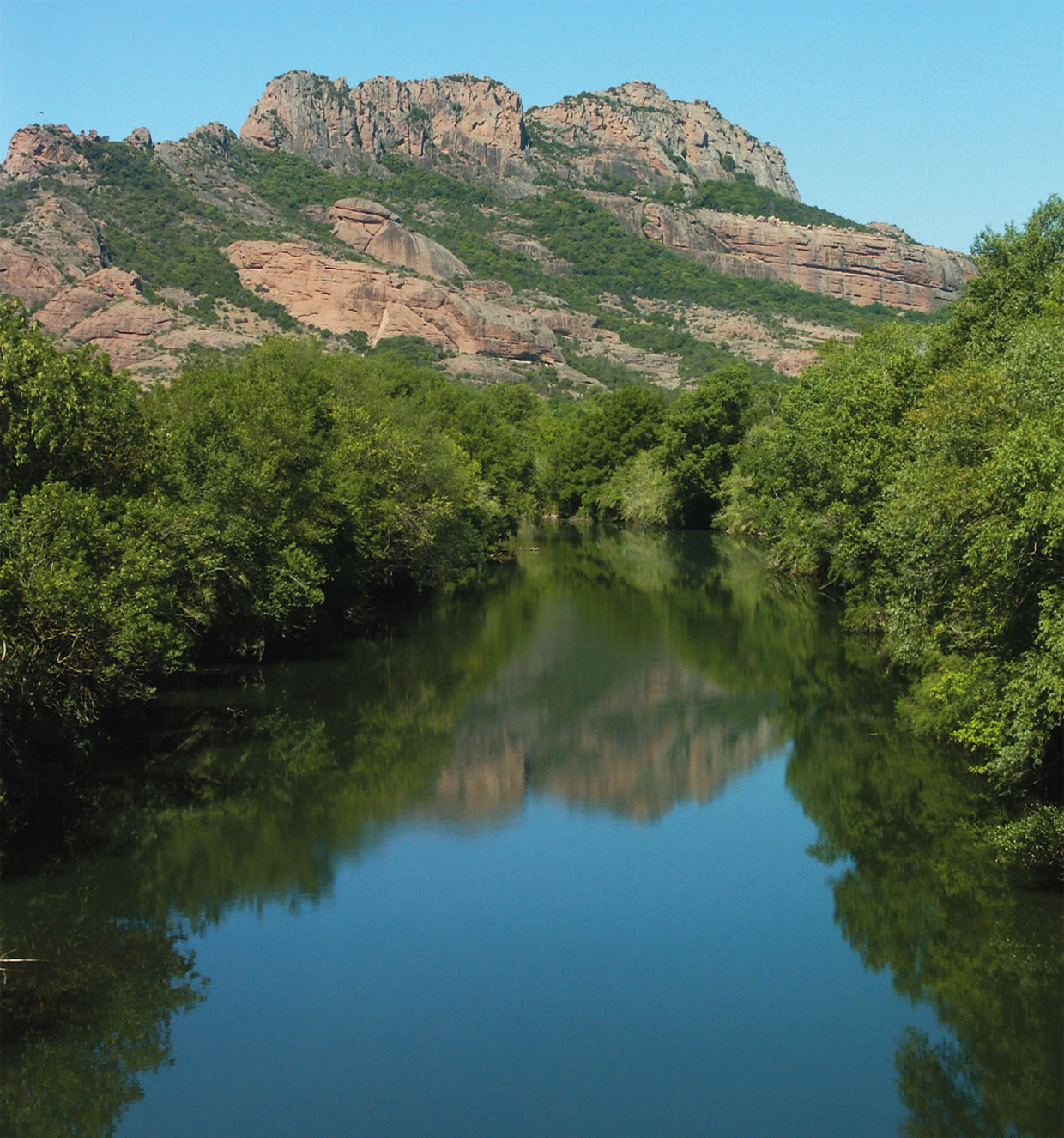 Here you are on the Côte d’Azur, in the Var Department, close to the beaches and major tourism sites – and yet the countryside you’ll enjoy offers a spectacle of nature. The lush green vegetation, calm waters, hills and cliffs offer a haven of biodiversity 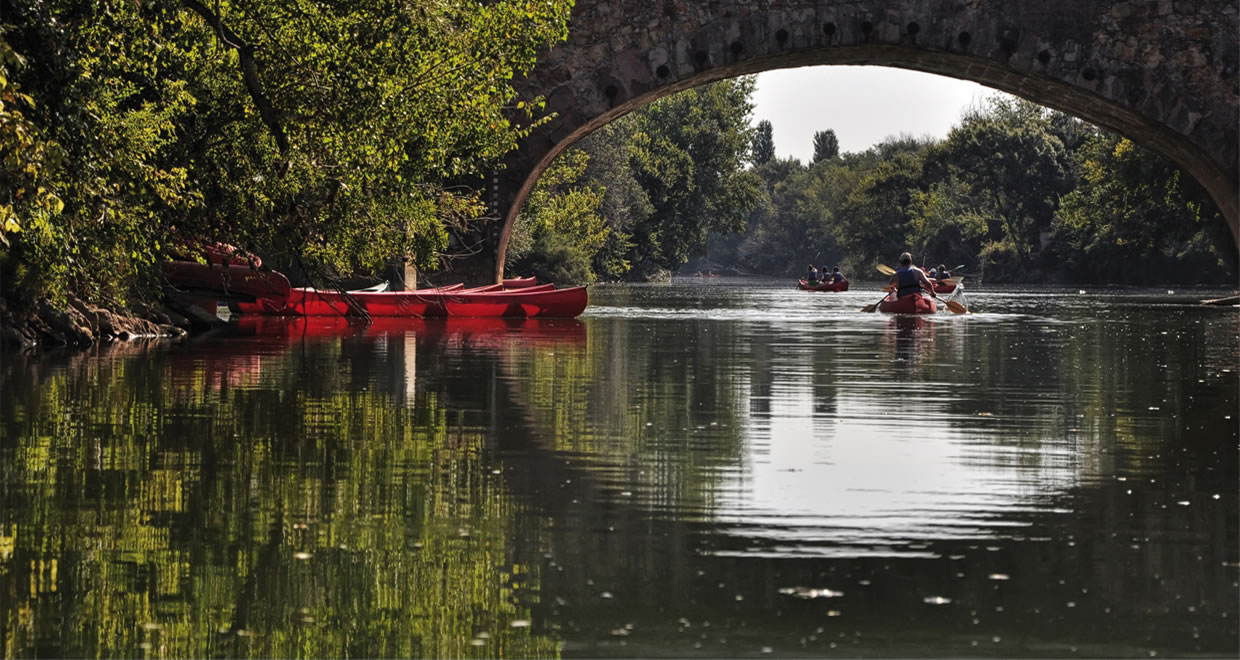 The river Argens has created a valley full of charm. Its source is at Seillons-Source-Argens (near Saint-Maximin-la-Sainte-Baume) at an altitude of 269m. The river winds its way down to the coast over a distance of 115.6km, where it flows in to the Mediterranean in the Gulf of Frejus. We invite you to explore the last 40km in the lower valley of the Argens, starting from Les Arcs-sur-Argens, via Roquebrune-sur-Argens and down to the sea. There is always plenty of water in the river and canoeing can be done safely in this section. The variety of different routes available means there is something for everyone – beginner or expert. Our routes are situated in a nature reserve classified NATURA 2000 and offer an amazing diversity of fauna and flora. 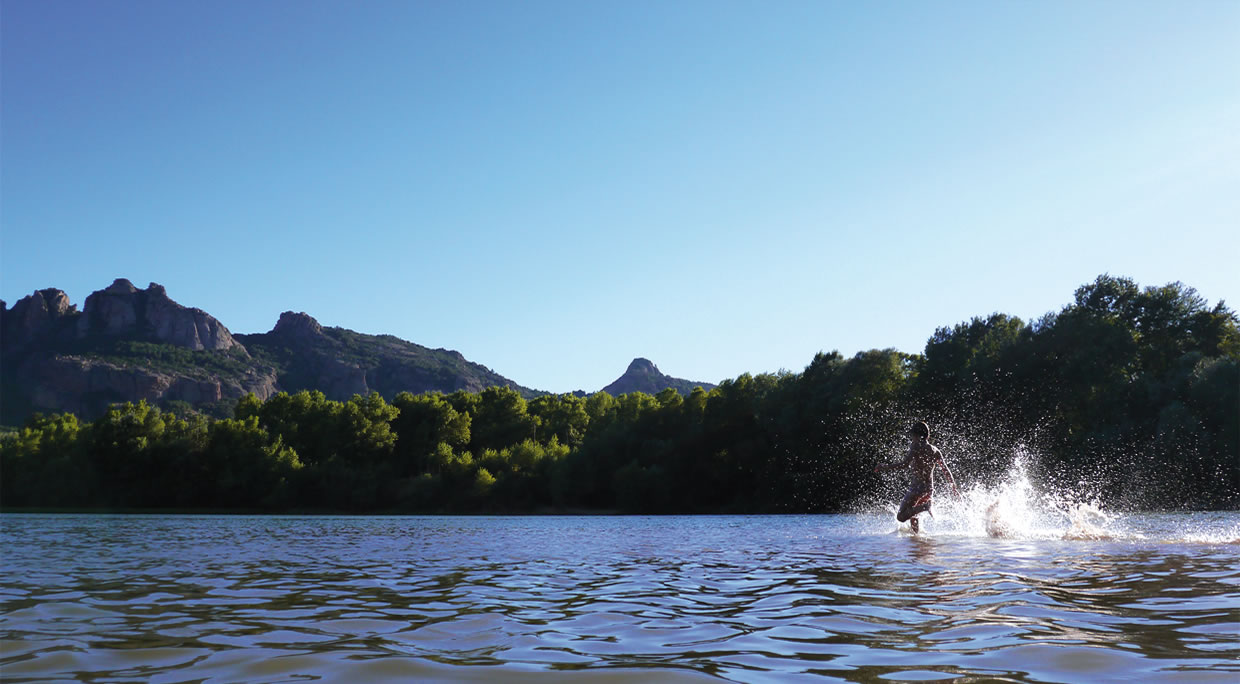 The Argens ends next to the marshy lakes of Villepey, one of the rare wetlands on the coast between the Carmargue and Italy. There are more than 200 species of birds identifiable, and this space plays an important role in their migratory habits. The site is owned and controlled by the Conservatoire du Littoral (Coastal Protection Agency) and is important for the preservation of the fragile environment.

The european pond turtle lives in the wetlands, in fresh, calm and sunny waters. They enjoy muddlands and the abundant aquatic vegetation which provide plenty of food and shelter. Their territory can cover around 1 ha for sunbathing, it actively seeks out floating tree trunks and low branches. 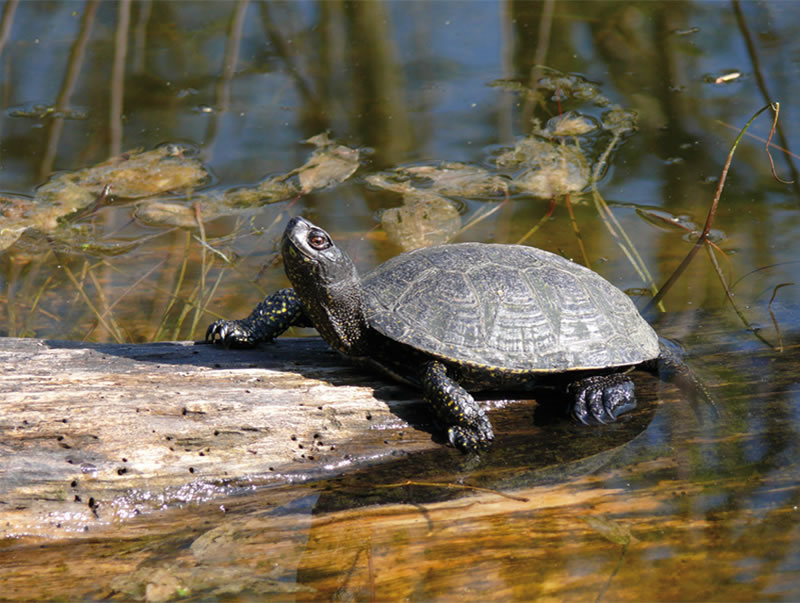 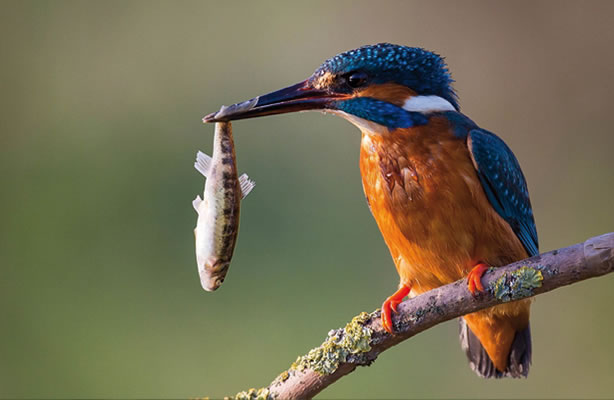 A colored bird (orange, blue), this keen fisher can dive up to one metre under the water to find fish which may be as long as it. It perches on trees closer to the water and can fly to a fixed point. You will often see it flying very quickly close to ther water’s surface.

This bird is increasingly present in southern France. Although it excels in the air, it looks rather clumsy on land. As its name indicates, wasps, bees, hornets and other hymenoptera make up the bulk of its diet that is usually hunts while flying, just like 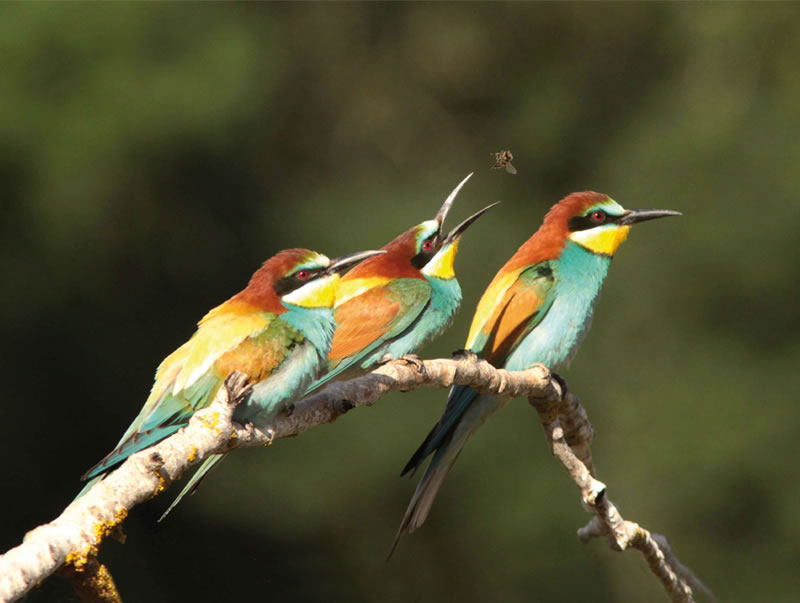 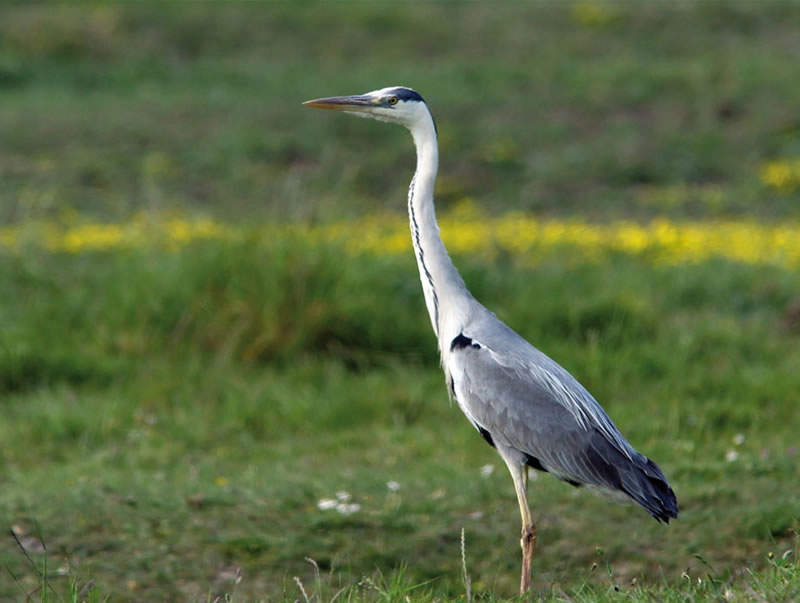 Its flight is slow, its legs are longer than its body. When hunting or fishing, it can stay totally still for hours. It feeds on fish, frogs, insects and voles. It measures 1 metre in length with a wingspan of 1.75 m and can live until the age of 25. You can spot two types of heron on the routes : the grey heron and the black-crowned night heron.

This is an animal that lives in freshwater aquatic environments. Originaly from the rivers and streams of South Africa, it has been introduced to other countries where it inhabits all water networks. It can dig a burrow of 6-7 metres along the river banks. This burrow generally has several entrances including a subaquatic one. 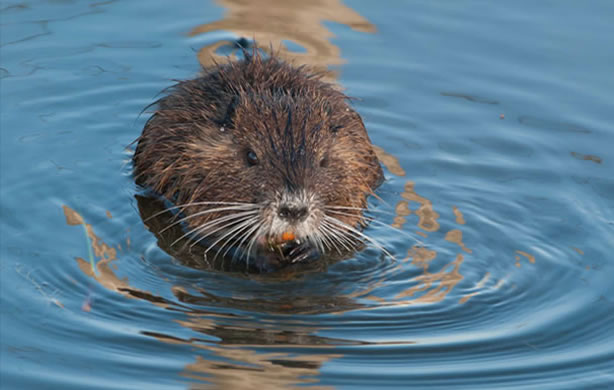 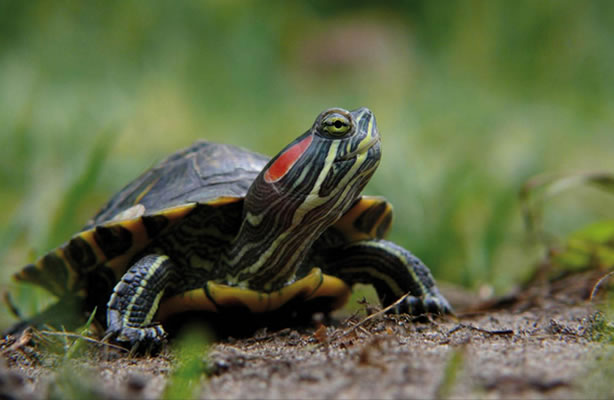 This is an aquatic turtle which normally lives in the lakes, pond and wetlands of Florida in the United States. It is easy identifiable by its unique reddish marking on its temples. A lot livelier and aggressive, it is a threat to the pond turtle.

Ther are around fifty species of dragonfly in the Var. They favour calm waters and are spring and summer species. Their shimmering kaleidoscopic colours and their slender beauty are eye-catching. 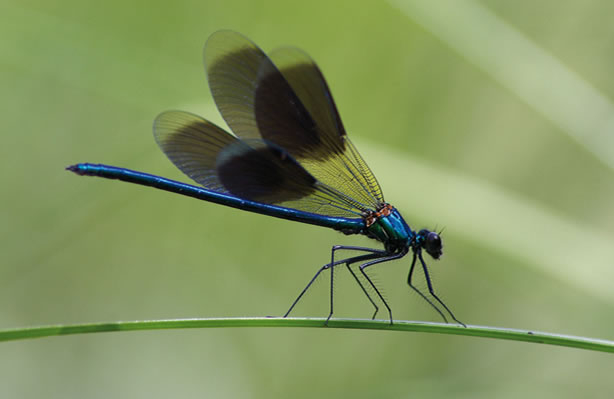 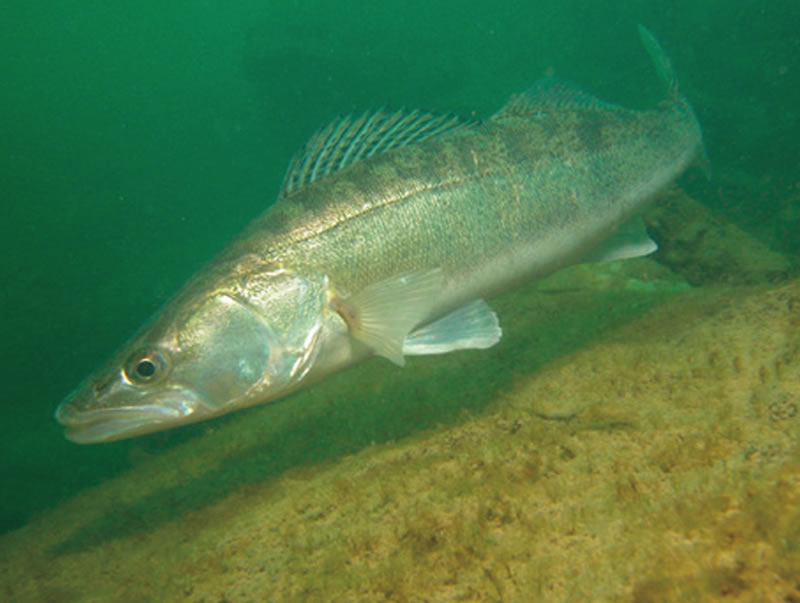 The Argens is home to many kinds of fish. Zanders, carps, barbels and tenches are just some of the varietys that you will frequently come across.

White and silver poplars, ash, willows, fig trees, oaks, bulrushes ... Many tree species of all size and endemic plants border the Argens. You can also admire many seasonal flowers which bring 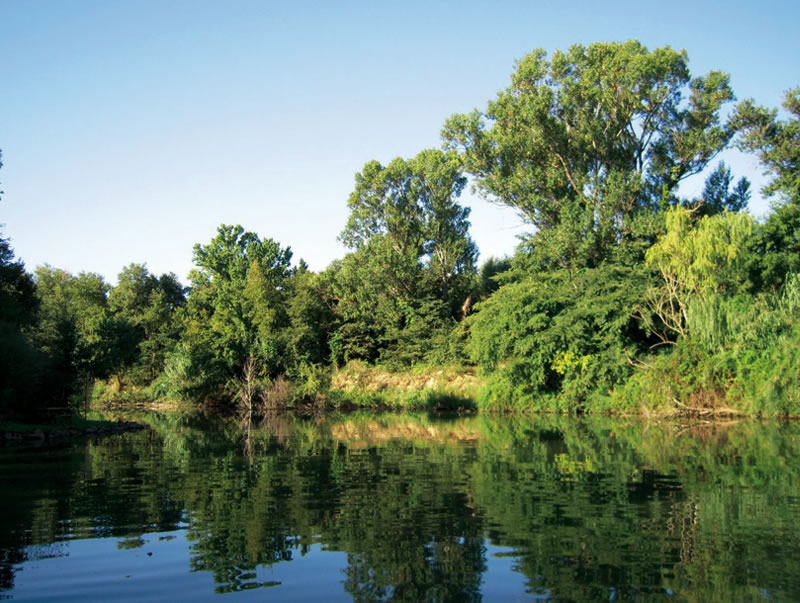 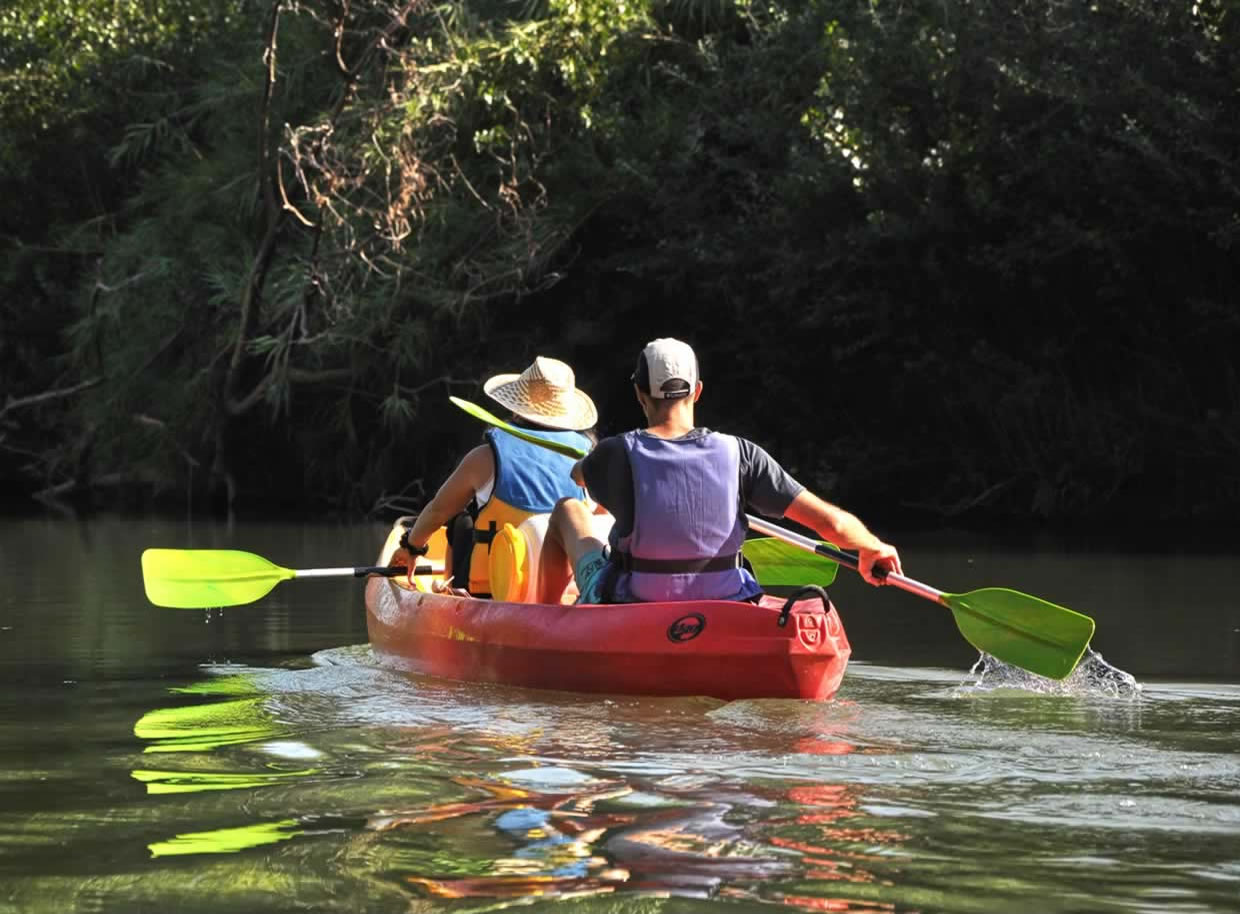 and yourself!! into a NATURA 2000 environment